A few years ago photovoltaic panels on rooftops were rare. Currently, they are encountered much more often. This has to do with the possible savings that flow from this solution. Can photovoltaics really bring benefits?

What exactly is photovoltaics?

It is a technology that converts sunlight into electricity. This renewable energy system consists of photovoltaic panels. They absorb the sun’s rays and later the solar energy is converted into electricity at a constant voltage.

How are photovoltaic users billed?

The prosumer, a person who combines the producer and consumer of electricity, has two privileges. First, the energy suppliers are obliged to collect from us the excess electricity that was generated in the PV (photovoltaic) installation. In addition, it is the energy company that is obliged, if necessary, to replace the meter with a bidirectional one, i.e. one that registers the power taken and given back to the grid.

In addition, prosumers are guaranteed by law that for every 1 kWh of energy fed into the grid, they can later take back 0.8 kWh at no additional cost.

A properly selected photovoltaic installation can effectively reduce electricity costs. This is primarily a protection against energy price increases, which are very likely. If the current is produced in its own system, you can use energy on an ongoing basis. And if we will not be able to use one hundred percent of the energy that our installation produces, at any time we can take from the surplus produced kilowatt-hours previously given away. In addition, the maintenance of photovoltaic installations does not generate major additional costs and is almost maintenance-free.

Importantly, the more electricity a household uses, the faster the investment in photovoltaic panels will pay for itself. This should be taken into account when deciding on the installation of panels. Photovoltaic installations are carried out by professional companies, such as ML System. On the website https://mlsystem.pl/ you will find detailed information on this subject.

The energy obtained from photovoltaic panels can be used to power devices in the household, for example a refrigerator, dishwasher or washing machine.

Benefits for the environment

For many people who decide to invest in photovoltaic systems, it is also very important that the renewable energy is obtained in an environmentally friendly way. This contributes to environmental protection. Photovoltaics does not produce any exhaust fumes, unlike traditional sources that emit more and more pollutants. The greenhouse effect and the ever-increasing ozone hole are largely caused by burning coal in furnaces, among other things.

Thanks to the versatility of photovoltaics, energy generation can be easily adapted to individual needs. This is possible thanks to any number of modules that can be installed. Photovoltaic installations will work well for both single-family homes and large eco-farms. Although the purchase of the system is quite expensive, a well-chosen and installed photovoltaic after some time can pay for itself.

Professional contractors, designing a photovoltaic system, will take into account not only the functionality of the building and the efficiency of the installation, but also architectural solutions. Panels can not only produce electricity, but also be a building material, which is a substitute for traditional 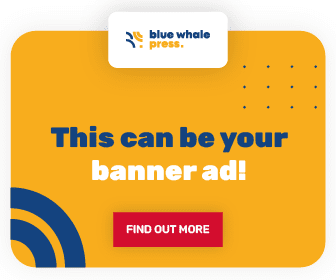